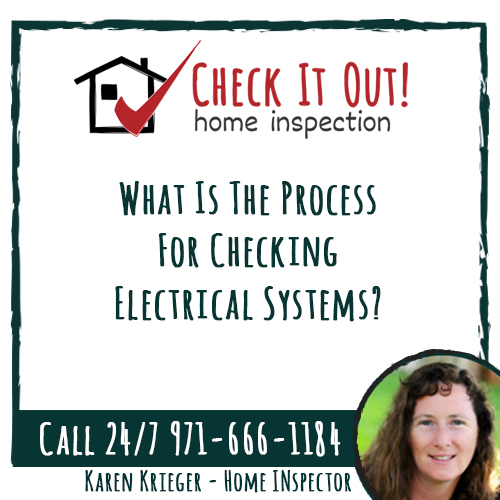 How Does Check It Out Home Inspection Inspect The Electrical System?

Check It Out Home Inspection will perform a thorough inspection of your home’s electrical system. The electrical inspection involves inspecting the service entrance and breaker box for proper sizing of breakers and circuits. We will look for potential issues with grounding. Then, we assess circuits and wiring for general condition, signs of arcing, proper wire sizing, grounding, and proper installation of GFCI outlets. Portland homeowners can rest assured that Check It Out Home Inspection will give the client a comprehensive report on the condition of every aspect of their electrical system.

Check It Out Home Inspection provides service to the Greater Portland and Vancouver areas.

Folks in the real estate business often ask why home inspectors will recommend replacing Zinsco and Federal Stab-Lok brand electrical panels. These panels, manufactured in the 1950s through the 1980s, create a potential safety hazard. Both panels have a history of circuit breakers failing to operate properly. Zinsco panels have other problems as well. Both types of the panel can appear to be working fine for years but can either fail under new household conditions, or have damage that poses a danger, but it is not apparent without taking the panel apart and individually testing each breaker. Neither would receive a UL listing today. I recommend they be replaced.

The longer a panel is in service, the more variable conditions and electrical loads it will experience. For instance, during a cold winter, someone may plug in a space heater that has never been run in that house before. It could directly start a fire at the panel from an overheated breaker. Or it could lead to a damaged breaker that does not trip when a later short circuit happens, such as a frayed lamp cord. 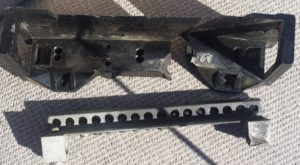 Circuit breakers are a part of the electrical system that home inspectors report on. Breakers prevent fires by shutting off power when too much electricity is going through the wires. When too much electricity goes through a wire, the wire heats up and a fire can result. Breaker problems pose a “latent fire hazard,” meaning that even if the panel does not go up in flames, a fire can result elsewhere in the house wiring. Zinsco breakers have been known to trip, i.e. shut off, but not stop conducting electricity. The Federal Pacific Stab-Lok panels also use breakers that are known to be defective and fail. “There is no inconsistency and no dispute in the fact that they are defective,” says Jesse Aronstein, an engineer, who has spent more than 20 years researching FPE Circuit Breakers. The Security and Exchange Commission found that Federal Pacific used deception to obtain their UL listings on circuit breakers. 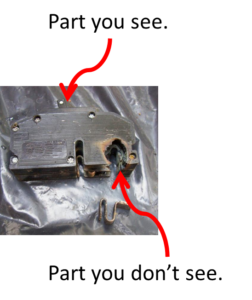 The Zinsco panels also have a history of problems with the breaker to bus bar connections, and corrosion at the busbar because certain components of the panel contain aluminum. These defects are often impossible to see until the breakers are removed — something a licensed electrician, and not a home inspector, should do. If a breaker has ever overheated in the past, it can melt to the bus bar. You don’t see the damage, but it can lead to overheating at the busbar, which can cause a fire to start at the panel.

Unfortunately, there are no programs to help homeowners with the expense of replacing these panels.

Minneapolis-St. Paul area home inspector and blogger for the Star Tribune, Reuben Salzman, makes a case for replacement rather than inspection.